The Online Ticketing Platform for Imperial Austria
Search and book
your tickets now.
Not available at the moment.

For groups of 10 people or more please contact us at office@imagevienna.com

Schoenbrunn Palace Orchestra awaits you at the Palace Orangery where Mozart himself performed in 1786. The concert is a fine selection of masterful music by Mozart and Strauss, rounded off by dance and vocal performances.

In the first part, you will listen to some of the most marvelous overtures, arias and duets from the operas of Wolfgang Amadeus Mozart. "Le Nozze di Figaro", "Die Zauberflöte" and "Don Giovanni" to name a few.

The most popular operetta arias, waltzes and polkas of the "Walzerkoenig" Johann Strauss - from "Die Fledermaus" and "Der Zigeunerbaron" to "Donauwalzer" and the famous "Radetzkymarsch" - comprise the second part. 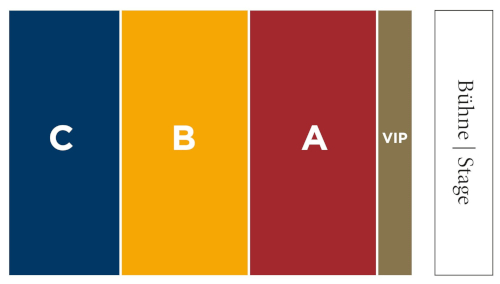 After the concert has ended, there will be sufficient taxis available at the entrance to the Orangery Schönbrunn. The underground leaves in five to eight-minute intervals until midnight.

The Grand Tour of the palace includes forty-four rooms. As well as the state rooms and private apartments of the imperial couple Franz Joseph and Elisabeth you will also see the precious eighteenth-century interiors from the time of Maria Theresa.

The Classic Pass combines the Grand Tour of Schönbrunn Palace and four attractions in the palace park in one ticket.

Schönbrunn Zoo – the oldest zoo in the world and the best zoo in Europe.

A single ticket opens the doors to three top attractions of imperial Austria for visitors to the Vienna Hofburg: the Sisi Museum, Imperial Apartments and the Silver Collection.