The special advantage of the Schönbrunn Winter Pass: Adults save up to 25% compared with the price of individual tickets

Please note: The ticket can be redeemed from November 3, 2022 to March 31, 2023. The time of admission shown on your ticket is valid only for admission to the palace and must be adhered to. If you are late, your ticket for visiting the palace will expire!
Schönbrunn Winter Pass 2022/2023 - Combined Ticket Schönbrunn

The Grand Tour at Schönbrunn Palace starts in the west wing of the palace and takes you through the apartments of the imperial couple Franz Joseph and Elisabeth, followed by the central range with its ceremonial rooms and concluding with the east wing of the palace. Here you can view the sumptuous audience room of the imperial couple Maria Theresa and Franz Stephan of Lorraine as well as many other fascinating interiors.

Schönbrunn Zoo in Vienna, is the number one destination for a captivating excursion into the animal kingdom, offering a unique combination of cultural heritage and nature 365 days a year. Part of Schönbrunn palace and gardens – a former imperial residence on UNESCO’s World Heritage List – Schönbrunn is the world’s oldest zoo, home to over 700 species – including endangered animals – and has been named Europe’s best zoo four times in a row.

Desert Experience House: meet the masters in the art of survival

The ticket "Schönbrunn Winter Pass" is valid for admission to the Palace on the day selected at the time selected; single admission to the other included attractions to the end of the season (31 March 2023)

Free admission for children under 6 years of age 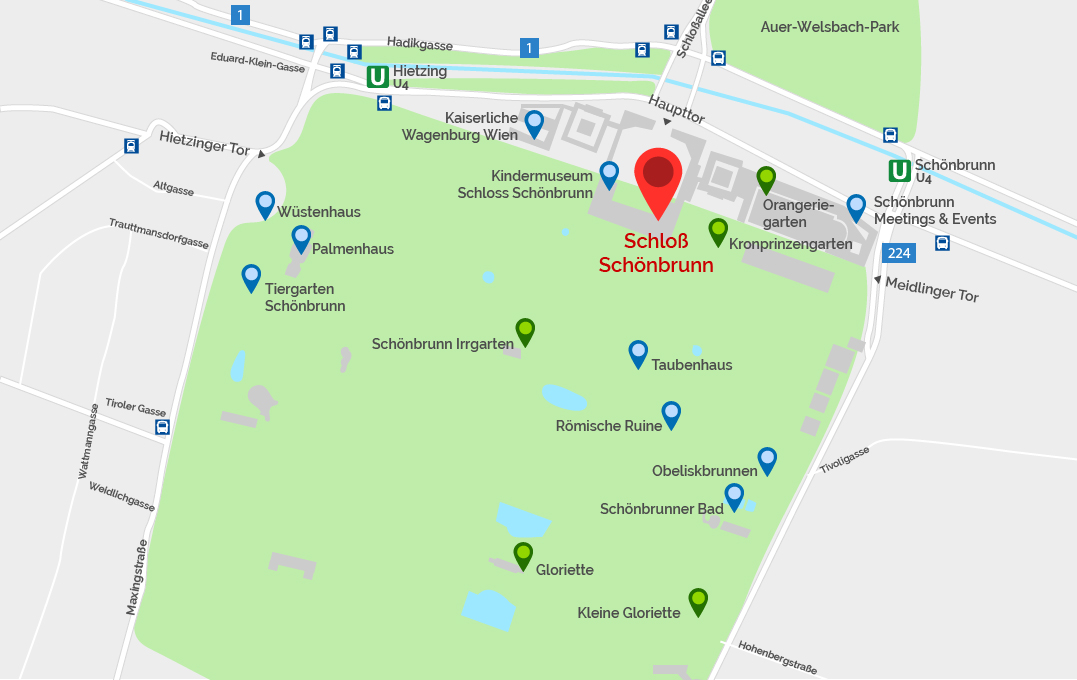 Schönbrunn Zoo – the oldest zoo in the world and the best zoo in Europe.

At the Schönbrunn Palace Children’s Museum in Vienna all three- to twelve-year-olds can make this dream come true while learning lots of interesting things about the everyday life of the imperial children.